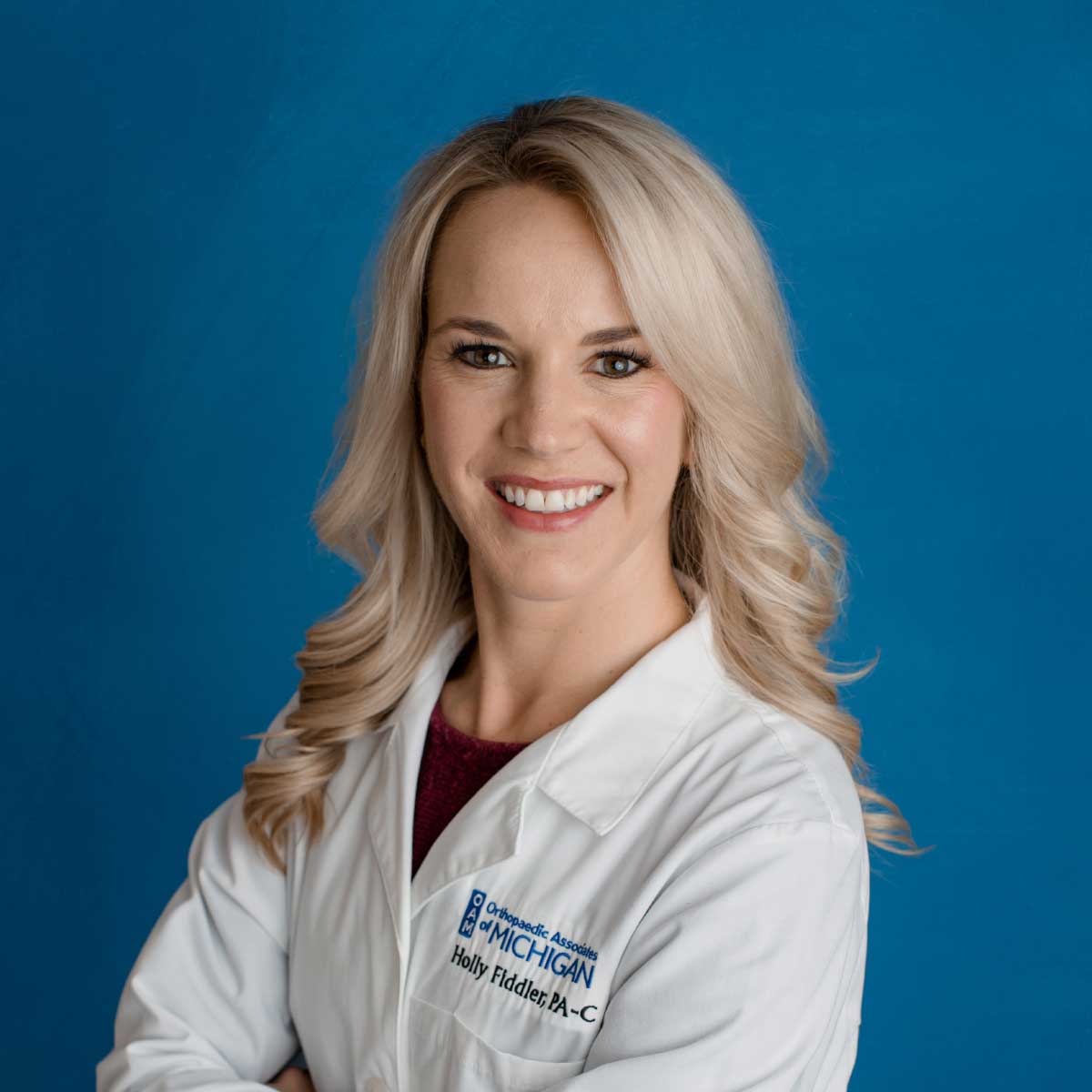 Holly is a Michigan native originally from the Lansing area. In 2003, she moved to West Michigan to attend Hope College where she was a captain of the Women’s Soccer team for four years. She graduated in 2007 with a major in Kinesiology and a minor in French. She furthered her education at University of Saint Francis, graduating in 2012 with a master’s degree in Physician Assistant Studies. She began her career in orthopedics by working in Kalamazoo specializing in general orthopedics, and foot and ankle surgery. Holly and her husband relocated to Grand Rapids in 2014, where she joined Orthopaedic Associates of Michigan as part of the trauma team, at Metro Health Hospital. She now assists Dr. Scott Burgess with the treatment of hand and upper extremity afflictions. She is certified by the National Commission on Certification of Physician Assistants and holds memberships in the American Academy of Physician Assistants, Michigan Academy of Physician Assistants, and Physician Assistants in Orthopedic Surgery.